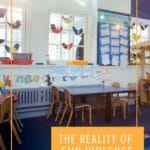 If we don’t act now unfortunately I am afraid that something like this is coming soon to a school near you. It’s time we faced the reality of gun violence in our schools as a nation. Here are a few things you should know and what you can do to prevent it from happening again as we work together to make our children safer.

Will you take the first step and join Everytown?

Facing the Reality of Gun Violence in our Schools

I just dropped my child off at school on Thursday morning after the most recent school shooting and for the first time ever… I’m deeply afraid.

I’m afraid that this moment would be the last time I would ever see her.

No parent should ever feel that way…. Ever.

Leaving their child at a place of education should be the last place I should worry about their safety.

I’m tired of hearing about school shootings and not seeing anything happen.

The students killed and injured in school shootings had the misfortune of growing up in a country that didn’t care enough about their lives.

How it is even possible that since 2013, there have been nearly 300 school shootings in America — an average of about one a week.
(Source Everytownresearch.org)

Click here for the full report of Analysis of School Shootings

There’s no reason to own a gun meant for mass killing. You are literally arming people with automatic guns to kill children. It is time that we look at the laws and change to keep our families safe.

Today our classrooms will be filled with teachers who will walk into their room and wonder what they would do if it was them. The victims of yesterday’s events and their families and lives will never be the same. That’s not what they signed up for, they are there to protect our children, to teach them and to love them but they did not sign up to put their life before your child’s life. However ask anyone of them and they will openly say they would.

I remember the first time I was told to practice a lockdown with my students and I’ll be honest it freaked me out. I can only imagine what goes through your mind when it’s really happening as a teacher and as a child. So innocently our children don’t really understand what we’re practicing for when we do practice drills for a lockdown.

Have you talked with your child about their school’s procedures?

You and I both know that’s not going to keep them safe because active shooting doesn’t happen that way. There is training for active shooting preparedness and unfortunately in our society I think it’s now something we need to consider doing as a family. We need to know what to would do in that frightening situation. I hope that you’ve walked through your head what you would do in that situation. That’s why we practice fire drills, that’s why we have lockdown drills so that or fight or flight reflex instantly goes into a planned mode not a panic mode.

Our teachers should be heroes because they taught kids to read or made them feel more confident in their math abilities or inspired them to be scientists one day… not because they saved them from flying bullets.

What We Can do to Protect our Children from Gun Violence

Have you talked with your child about what to do?

Even after watching latest episodes of This Is Us…. you and I both know we’ve told our kids to get out of the house if it’s on fire. Get out…. get out

I don’t care how you get out, just get out.

Have you walked through a drill at your house? Where do you meet?

No one’s going to be mad at you if you run into a closet or bathroom.

And I know it sounds harsh but go….get out of sight.

It is time that we approach members of Congress for a change in our gun laws….. it is time

There is no one, no one, who needs to own an a semi-automatic weapon in the United States of America! NO ONE!

If you look at what they did for gun control Australia.

In only months Australia: “banned automatic and semiautomatic firearms, adopted new licensing requirements, established a national firearms registry, and instituted a 28-day waiting period for gun purchases. It also bought and destroyed more than 600,000 civilian-owned firearms, in a scheme that cost half a billion dollars and was funded by raising taxes.” Learn more about Australia’s Policy Here

I don’t even care how much money it takes to get these semiautomatic guns off of our streets, our government should able to finance a buy back program. I wish that we could do this.

Will you pick up the phone today and call your legislator and leave what you think should happen? Will you push your local lawmakers to keep your family your friends your neighbors safe?

Do you know your neighbors?

It starts in the community. It starts with connecting or reaching out to the person who you get the feeling that something is slightly off. And if you hurt their feelings by saying something I actually don’t care anymore speak up. There are non-emergency numbers to call.

Do you know the parents of the students your child attends school with?

I ask this of law enforcement if a child’s been expelled from school he should be on your f****** watch list! Check in with him or her.

Are you doing okay?
How can we help you?
It seems things are troubled, what can we do to support you.

Help find a support program for them to be a part of. A child should not be expelled from school and not followed up with and I’m telling you Facebook if you can tell me who’s f****** face is in my picture you can pick up when someone is sharing a gun in an image. Ask Pinterest they wrote the software for visual search on images.

Set up a system to immediately red flag those accounts and send an emergency alert to law enforcement.

No child should grow up living in fear of guns in their school.

No child should grow up living in fear of a gun at their church.

No child should grow up living in fear of a gun at their concert.

No child should grow up living in fear of a gun at their movie theater.

They should grow up afraid of the dark and pretend monsters….not of guns in their schools. It’s just so wrong.

It’s so wrong on so many levels. (tears rolling down my face…….)

We have got to make change in gun laws for the lives of our children.

My husband and I have made the parenting decision to not allow our child to use a cell phone until she’s much older. Tonight as I lay in bed, I feel like events like this are going to be the reason I give her one so that she can contact me when something dangerous in happening at school.

And the ability to give her a way to say I love you one last time. This can not be the answer.

Will you join me in getting involved at your local, state and national level?

Do we need another President giving the same speech about a School Shooting. We need to stop this insanity.

Please take a moment today to remember the 17 victims of this tragic event in Parkland, FL. Here’s the official Victims Fundraiser by Broward Education to help give your financial support to the families. We can’t forget each of these lives taken from us too soon due to gun violence.

In all, these incidents of gun violence since 2017 have resulted in 59 deaths and 124 non-fatal gunshot injuries. My heart breaks to type that and read that again and again. Did you see the activist demonstration outside of the DC Capital with 7000 pairs of shoes.  It’s heart wrenching to see so many lives taken from us due to gun violence in American School.

It’s time for change.  Will you be the voice of change?

How to Talk with  Your Child About a School Shooting

Here are a few resources for talking with your child about the recent events. As much as we want to protect our children and keep their innocence safe it’s a conversation that you need to start.  It’s far more important that it comes from you than peers at school.  Be the family they turn to for answers and to talk about their fears and challenges.  Have an open dialect.

Helping Kids After a Shooting from School Counselor.org
In the Aftermath of a Shooting by American Psychological Association
How to Talk to Your Kids About the School Shooting with the Today Show

I am a teacher and you want to arm me? The NRA says the answer to stop school shootings is more guns. But we say, arm us with more resources not more guns. @mcricrke @NRA pic.twitter.com/RlfV7IEC63

Responses from Victims of School Shootings

Powerful Calls to Action by Teen Survivors on The New Yorker
Florida School Teacher: I just Prepared to Die

Resources to Take Actions Against Gun Violence and Gun Laws

Moms Demand Action.org
Red Flag Laws by Everytown Research.rog
How to Reduce Shootings  by The New York Times
ALICE Training
A call for gun owners to wake up by Aging Millennial Engineer

Start by getting involved with your local PTA at your child’s school.  Did you know that the it’s the largest children’s advocacy group? To get you started here are their talking points.  Here’s where you can learn their view and ways to get involved.

Our thoughts and prayers are not enough… it’s time to take action.  https://everytown.org/throwthemout/

We’ve had enough. Thoughts and prayers are not enough to honor the victims of gun violence. What we need now is action.

Contact your Local Elected Officials and Join a March Near You.

Women’s March Youth EMPOWER is calling for students, teachers, school administrators, parents and allies to take part in a #NationalSchoolWalkout for 17 minutes at 10am across every time zone on March 14, 2018 to protest Congress’ inaction to do more than tweet thoughts and prayers in response to the gun violence plaguing our schools and neighborhoods. We need action. Students and allies are organizing the national school walkout to demand Congress pass legislation to keep us safe from gun violence at our schools, on our streets and in our homes and places of worship.

Everytown.Org on March 24, 2018, students will rally in Washington D.C and in local communities across the country to demand action from our leaders. Join us in the March For Our Lives, as we fight for an America that is free from gun violence. Find an event near you.

Moms, Dads, Grandparents, Uncles, Aunts… it’s time for us to STAND UP and promise #neveragain to our kids. 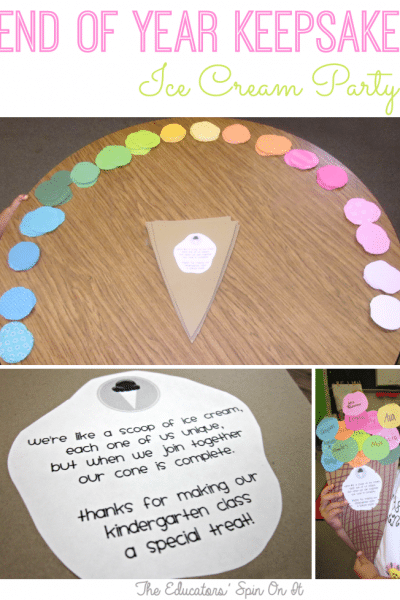