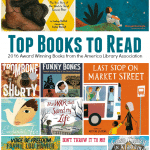 Today was the big announcement of award winning books from this past year at the Youth Media Awards.  Committees worked hard to nominate and select award winning books.  As a parent and teacher these are the books that I try my best to include in our reading from the current year and years past.  These YMA Awards are the top books based on their content and illustrations.

Here’s a look at the awards winners for 2016 and the categories that they represent.  I encourage you to read through a few of the categories this year with your child as a challenge.  Be sure to sign up for our YMA Book Challenge

This past year I’ve connected with a few of these authors by watching KidLit.TV.  It made watching the announcements so much more special to me and my kids.  If you haven’t watched already be sure to check out the KidLit TV Storymakers videos of

I can’t wait to see who Kid Lit TV Lines up for their upcoming videos in 2016.  Plus I have a feeling a few of these books will be a part of Multicultural Children’s Book Day On January 27th.

The American Library Association (ALA) just announced the top books, video and audio books for children and young adults – including the Caldecott, Coretta Scott King, Newbery and Printz awards. Here’s a list of the 2016 award winners for children.  If you have a teenager be sure to visit I Love Libraries for the complete list of young adults.  In addition you will find all of the publishers there.

This post contains links to amazon affiliate for easy shopping

John Newbery Medal for the most outstanding contribution to children’s literature: “Last Stop on Market Street,” written by Matt de la Peña, is the 2016 Newbery Medal winner. This is the first time a picture book has won this medal!

Randolph Caldecott Medal for the most distinguished American picture book for children: “Finding Winnie: The True Story of the World’s Most Famous Bear,” illustrated by Sophie Blackall, is the 2016 Caldecott Medal winner. The book was written by Lindsay Mattick.

Finding Winnie: The True Story of the World’s Most Famous Bear

All American Boys
The Boy in the Black Suit

Jerry Pinkney is the winner of the Coretta Scott King – Virginia Hamilton Award for Lifetime Achievement. The award pays tribute to the quality and magnitude of beloved children’s author Virginia Hamilton

Two Printz Honor Books also were named: “Out of Darkness,” by Ashley Hope Pérez and “The Ghosts of Heaven,” by Marcus Sedgwick.

Out of Darkness (Fiction – Young Adult)
The Ghosts of Heaven

Schneider Family Book Award for books that embody an artistic expression of the disability experience: “Emmanuel’s Dream: The True Story of Emmanuel Ofosu Yeboah,” written by Laurie Ann Thompson, illustrated by Sean Qualls. “Fish in a Tree,” written by Lynda Mullaly Hunt, “The War that Saved My Life,” by Kimberly Brubaker Bradley, are the winners of the middle-school (ages 11-13). The teen (ages 13-18) award winner is “The Unlikely Hero of Room 13B,” written by Teresa Toten.

Fish in a Tree

Andrew Carnegie Medal for excellence in children’s video:
Weston Woods Studios, Inc., producer of “That Is NOT a Good Idea,” is the Carnegie Medal winner.

That Is Not a Good Idea!

Laura Ingalls Wilder Award honors an author or illustrator whose books, published in the United States, have made, over a period of years, a substantial and lasting contribution to literature for children. The 2016 winner is Jerry Pinkney, whose award-winning works include “The Lion and the Mouse,” recipient of the Caldecott Award in 2010. In addition, Pinkney has received five Caldecott Honor Awards, five Coretta Scott King Illustrator Awards, and four Coretta Scott King Illustrator Honors.

The Lion & the Mouse

Margaret A. Edwards Award for lifetime achievement in writing for young adults: David Levithan is the 2016 Edwards Award winner. His books include: “The Realm of Possibility,” “Boy Meets Boy,” “Love is the Higher Law,” “How They Met, and Other Stories,” “Wide Awake” and “Nick and Norah’s Infinite Playlist”.
David Levithan

.” The author of more than two dozen books for young readers, she is a four-time Newbery Honor winner, a recipient of the NAACP Image Award, a two-time Coretta Scott King Award winner and was recently named the Young People’s Poet Laureate by the Poetry Foundation. Jacqueline Woodson

Mildred L. Batchelder Award for an outstanding children’s book translated from a foreign language and subsequently published in the United States: “The Wonderful Fluffy Little Squishy” is the 2016 Batchelder Award winner. Originally published in French in 2014 as “Le merveilleux Dodu-Velu-Petit,” the book was written and illustrated by Beatrice Alemagna, translated by Claudia Zoe Bedrick.

Grandma Lives in a Perfume Village

Odyssey Award
Odyssey Award for best audiobook produced for children and/or young adults, available in English in the United States: “The War that Saved My Life,” produced by Listening Library, an imprint of the Penguin Random House Audio Publishing Group, is the 2016 Odyssey Award winner. The book is written by Kimberly Brubaker Bradley and narrated by Jayne Entwistle

Theodor Seuss Geisel Award for the most distinguished beginning reader book: “Don’t Throw It to Mo!,” written by David A. Adler and illustrated by Sam Ricks is the Seuss Award winner.

Two Belpré Author Honor Books were named: “The Smoking Mirror,” written by David Bowles and published by IFWG Publishing, Inc.; and “Mango, Abuela, and Me,” written by Meg Medina, illustrated by Angela Dominguez.

Robert F. Sibert Informational Book Award for most distinguished informational book for children: “Funny Bones: Posada and His Day of the Dead Calaveras,” written and illustrated by Duncan Tonatiuh, is the Sibert Award winner.

Four Sibert Honor Books were named: “Drowned City: Hurricane Katrina and New Orleans,” written and illustrated by Don Brown and published by Houghton Mifflin Harcourt; “The Boys Who Challenged Hitler: Knud Pedersen and the Churchill Club,” by Phillip Hoose ; “Turning 15 on the Road to Freedom: My Story of the 1965 Selma Voting Rights March,” written by Lynda Blackmon Lowery as told to Elspeth Leacock and Susan Buckley, illustrated by PJ Loughran: and “Voice of Freedom: Fannie Lou Hamer, Spirit of the Civil Rights Movement,” written by Carole Boston Weatherford, illustrated by Ekua Holmes.

The Boys Who Challenged Hitler: Knud Pedersen and the Churchill Club

Turning 15 on the Road to Freedom: My Story of the Selma Voting Rights March

The Porcupine of Truth

Two Stonewall Book Award honor books were selected: “Wonders of the Invisible World,” written by Christopher Barzak; and “Sex is a Funny Word: A Book about Bodies, Feelings, and YOU,” written by Cory Silverberg
and Fiona Smyth, illustrated by Fiona Smyth.

Wonders of the Invisible World

Sex is a Funny Word

Congratulations to the YMA Winners

The America Library Association awards guide parents, educators, librarians and others in selecting the best literacy for youth.  A huge expression of gratitude to those who served on the judging committees which includes librarians and other children’s experts, these awards encourage original and creative work.  We can easily see what the AWA Awards are recognized for the high quality of books they select each year.

For more information on the ALA youth media awards and notables, please visit www.ilovelibraries.org/yma.

One of my goals this year is to get more hands on with books with my children.  We’re going to create several book activities and curriculum to go along with these books each month.  I invite you to sign up for our newsletter and come back each month to grab a new book and book activity to go with these award winning books.  Will you join me?

Plus you can join our Virtual Book Club for Kids for more Book Activities.

Many congrats to the author and illustrators from the 2016 YMA.  Many thanks to the talented publishers who worked behind the scene to make the magic happen and give voice to these created individuals. 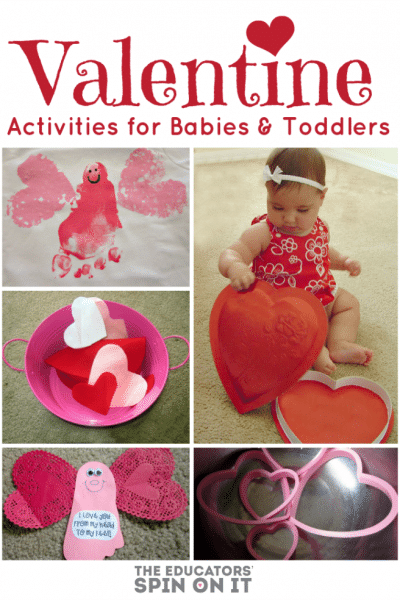