Learn how families in the UK celebrate bonfire night each November 5th. On the night of November 5th, throughout Britain, they commemorate the capture of Guy Fawkes with bonfires and fireworks, and by burning an effigy of Guy 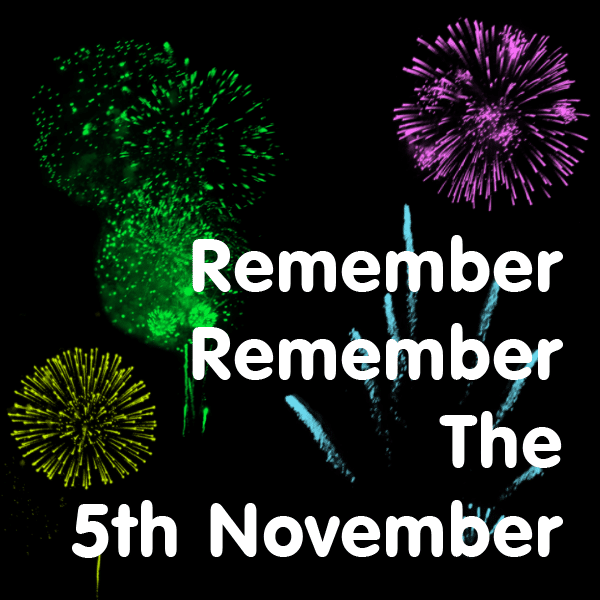 I am so excited to be guest posting on The Educators’ Spin On It and letting you know about a festival in the UK that is very unique to our country. Every 5th of November we celebrate Bonfire Night, a celebration of the failed attempt to blow up our Houses of Parliament by Guy Fawkes in 1605.

On the 5th November 1605 Guy Fawkes was discovered in the Houses of Parliament with a few dozen barrels of gun powder attempting to blow up the Parliament which would have had the King of England ruling over at the time so blowing him up as well. He was subsequently tried by a court in London and accused of Treason the worst crime in the UK at the time he was then put to death – very common in the 17th century but by the worse possible method, he was hung, drawn and quartered. 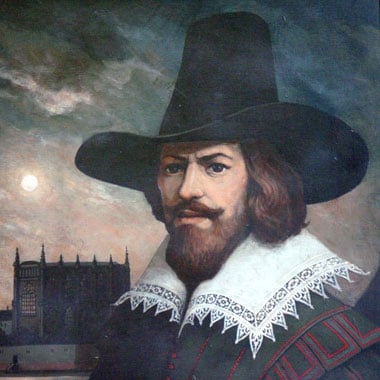 The following year a reminder was given to the population by the Lord Chancellor at the time and every year the foiling of the Gunpowder Plot has been celebrated by children and families in the UK. As a child we learned a “nursery rhyme” to remember the day and the reason why we celebrate each year.

Each year on and around the 5th November the UK skies erupt with fireworks from Bonfire Night celebrations organised by schools, groups and town councils or from private parties as a reminder of what could have happened if the gunpowder in the barrels had exploded. As one of Guy Fawkes final punishments was to be burned. Children create a replica of Guy Fawkes from old clothes and stuffing with news paper – our Bonfire Guy and then place him on top of the Bonfire to be burnt. 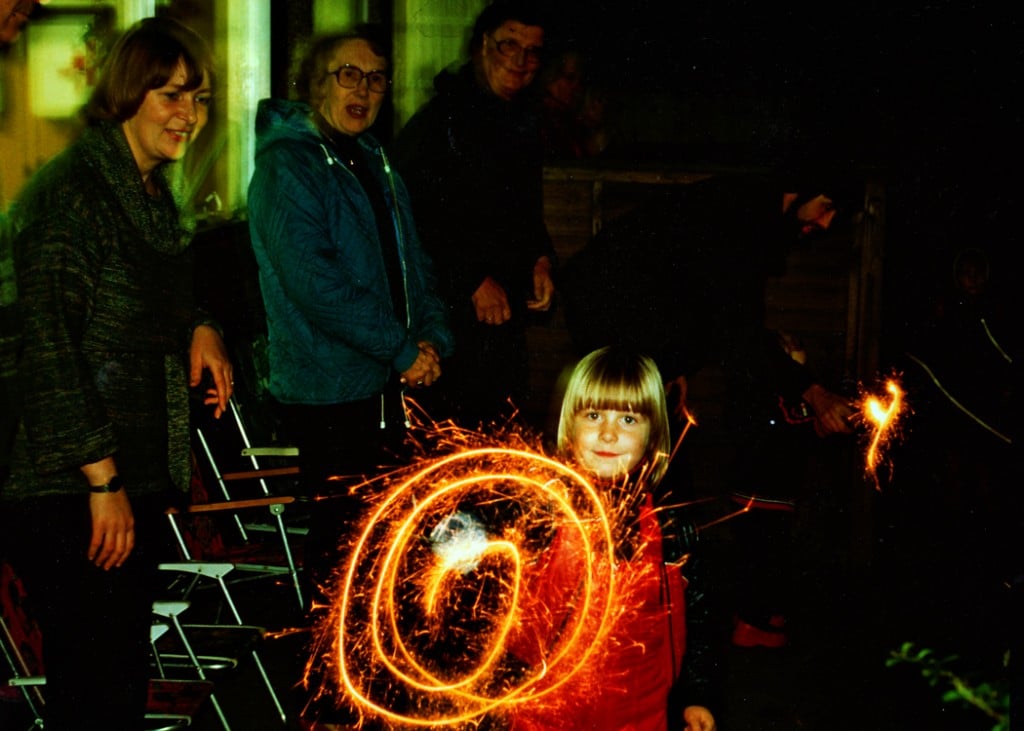 Yes that is a little me – Cerys from Rainy Day Mum in that picture celebrating Bonfire Night with Sparklers in the 1980’s at home. We will be taking J and T to an organized display this year but from next year we will be celebrating at home with a traditional Fireworks Party.

To gear up for Bonfire Night we’ve been creating some Fireworks pictures using Conkers (another very English Autumn tradition – conkers are the Brit name for the seeds of the Horse Chestnut Tree, closely related to the Sweet Chestnut these are NOT for eating, but are amazing for playing conkers and for crafting with). 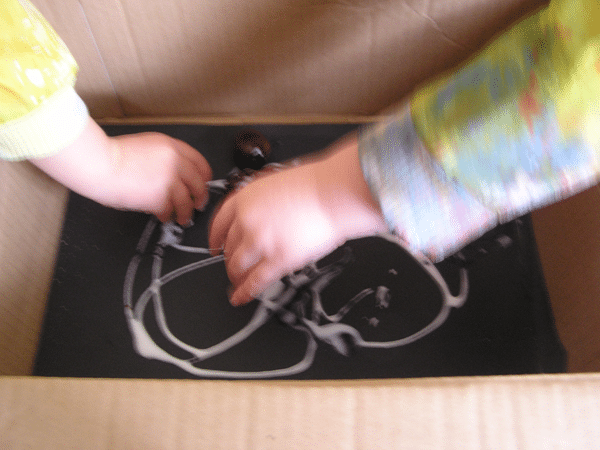 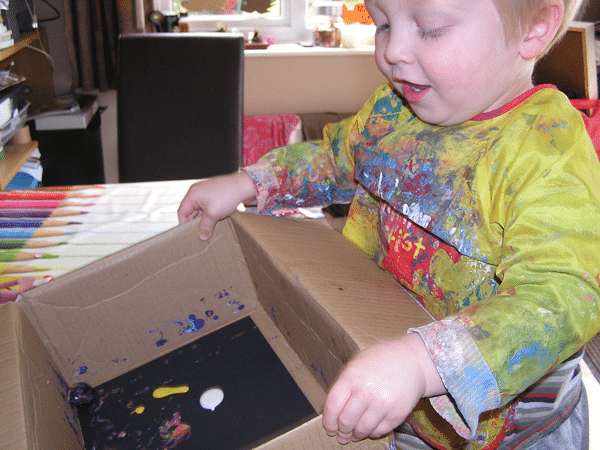 We had lots of fun rolling the conkers around the box and on some of our pictures we added glitter and sparkles to the mix to look like the fireworks exploding in the sky. 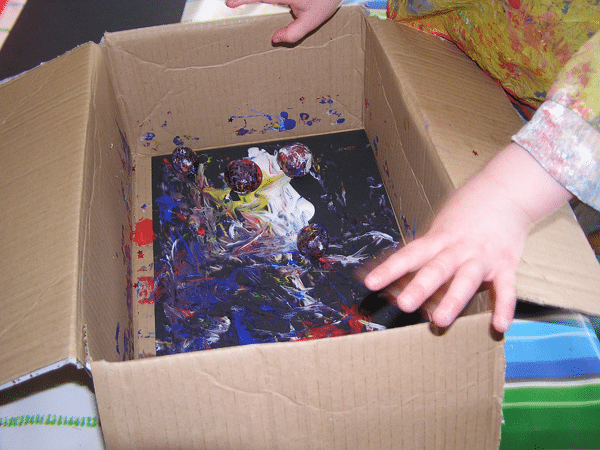 Discussing fireworks and the pictures was a great opportunity to introduce some new language as well – the sounds of fireworks, Woosh, Whizz, WHIRL, BANG, Sparkle, Fountain, SWEEEEEEEEEEE which was T’s favorite. 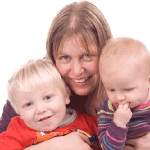 Cerys the Rainy Day Mum is a British Stay at Home Mum looking after J and T who are 3 and 1 respectively. Blogging over at Rainy Day Mum she is a former Marine Biologist, Environmental Educator and Secondary School Teacher. With the aim of Making Every Day Fun, Cerys blogs about creative, playful, exploratory and learning ideas for Babies, Toddlers and Preschoolers. You can find Cerys over at Rainy Day Mum, on Facebook, Twitter, Pinterest and G+. 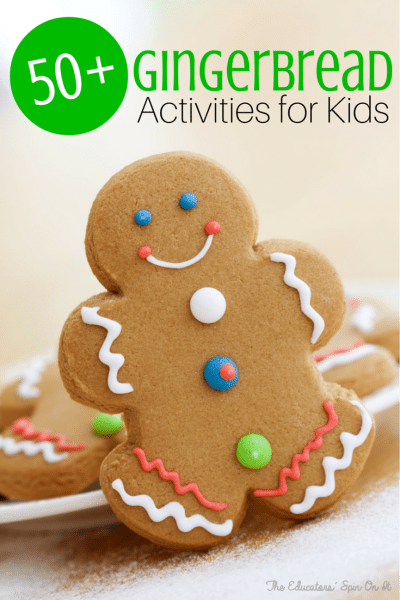