I would like to extend a warm welcome to guest blogger Judith at the Educators’ Spin On It. As a Montessori homeschooling parent, finance professional, and compassionate individual, she, like most of us, was crushed by the most recent devastation from the Typhoon in the Philippines. As, native to the Philippines, this most recent devastating storm encouraged her to examine the things in her own life that she was most thankful for. In the aftermath of Typhoon Haiyan, I personally cannot begin to imagine the grief, devastation, and struggle to survive. My heart goes out to all of the families there. My healing thoughts and my monetary donation have been sent. It is my hope that this post reaches you in grateful spirits, that you will have a moment to read this blog post and be able to reflect upon the simple things in life that we so often take for granted. As gratitude often affects ones compassion for others and willingness to make connections with them, I hope that you too will consider aiding the affected families in some way. -Amanda 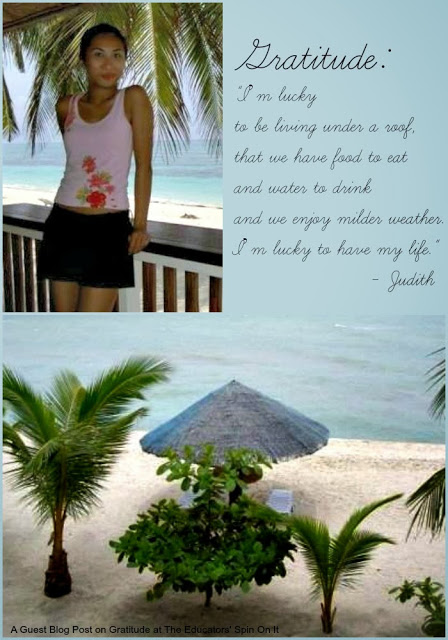 We recently moved across the country [U.S.A] and bought a century old home. This is the biggest house we’ve owned and it’s in a wonderful location. Since we moved in last week, little things have started to break. Closets are small in these old houses and we have amassed a lot of stuff. With all of this, I still have a four year old following me around making messes out of everything I just cleaned and asking “why” the whole time. It’s been pretty easy to start feeling sorry for myself.

While taking a much needed break from unpacking, I sat down in front of the computer. I was aware that the biggest typhoon to hit land in recorded history recently passed my home country, the Philippines. At the time, I wasn’t too concerned with it. My family lives far from where the typhoon hit and we had been in touch. Growing up in the Philippines, you get used to big storms, earthquakes, and volcano eruptions. I wasn’t prepared for the news I read and the pictures I saw of typhoon Haiyan. Sadness overcame me. I’ve never cried over looking at pictures, but I caught myself teary eyed. Here I am, complaining about how much stuff we have and nowhere to put it, how things are breaking in our big home, and how my four year old is driving me nuts just being a four year old. On the other side of the world, hundreds of thousands of people lost everything.

They were poor to begin with and now they have nothing.

Later, I spoke with a friend of mine. She has a friend from Tacloban City which suffered the worst. Her family is missing and she doesn’t know whether they are alive or dead. Another friend said she thinks she lost her aunt and uncle because they haven’t heard from them since the typhoon. They are just two of the millions who are affected. I read more news about people who have lost their children and children who have lost their parents.

I can’t imagine losing my family.

I can’t imagine my son being an orphan.

My sister, who lives in Manila, said that people who live by the shoreline reported the gusts of wind were so strong it was comparable to a tsunami. Some people hid in their closets and bathrooms. My brother-in-law’s childhood home was wiped out. Thankfully, his family had evacuated ahead of time. Many were not as fortunate. Some evacuation centers were flooded. Another island, Bohol, just suffered a 7.2 magnitude earthquake last month. They had not recovered from the earthquake and now this.

The Philippines has declared a state of calamity. They are in desperate need of help. People need food, water, clothes, medicine, and shelter. According to the UN, about 11 million people are affected by Haiyan. 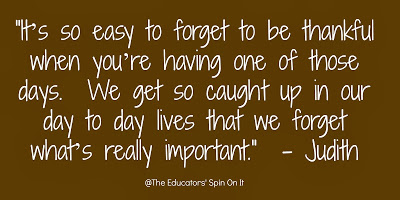 Feeling gratitude is a given when things are going good in life. But what about those
stressful days when you are struggling? It’s so easy to forget to be thankful when you’re having one of those days.  We get so caught up in our day to day lives that we forget what’s really important.

Haiyan is a reminder of how lucky I am and how I should not lose sight of that fact. I’m lucky that I have a loving family and my family in the Philippines is safe.

I’m lucky to be living under a roof,
that we have food to eat
and water to drink
and we enjoy milder weather.
I’m lucky to have my life.

Here are some resources that Judith shared with me.  Due to the nature of these devastating events and families different views of their children’s exposure, I am posting links to videos and not embedding them.

Video: Typhoon Haiyan survivor: I punched through ceiling to save my family

Survivors stand amongst the debris in Tacloban 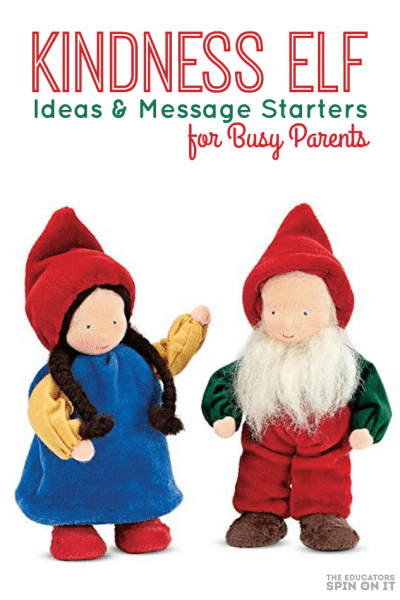